I am sharing this cos I am so electrified with one of the musicals which I recently watched. And yes, it is Grease The Musical !! I went for the 10th May 2014 – 2pm slot which was held at Grand Theater, Marina Bay Sands in Singapore.

Well, this is like the second musical I had ever seen. The first musical was two years ago in Resorts World Sentosa, Singapore. It was about a love story which I was not familiar with but it was a good exposure as I had been looking forward to watch a musical.

Deciding to watch Grease The Musical was impromptu when one morning, I saw a taxi advertisement on my way to  office.  I told myself why not I try checking it out since I am kind of familiar with Grease songs through Glee.  Then, the next factor is who should I go with. When I could not search anyone in my brain contact list, I decided to go alone. I assumed it will be quite an adventure and different. Well, I am used to watching movies alone but not a musical. Coincidentally, my Gleek friends Jezy Jez and Azura talked about it that morning as Jezy Jez will be going with her friends.

On the day of the musical, I was extremely nervous and anxious. I didn’t even understand why. It was not even a date with someone or anyone. hahahaha… sshhh don’t tell anyone.

Anyway, since I was alone, the only awkwardness was I could not talk to anyone since I was sandwiched between two strangers. I could only smile in the dark throughout the show. By the way, if you plan to watch a musical, it will be nicer to watch if it is nearer to the stage so that you could see the actors’ expressions clearly. My seat was at the middle first row at second floor dress circle. Well, initially I wanted to purchase the $85 tix, but then I ended up with the $130 as I guessed it will defeat the purpose if I could not see clearly. That is a good point to note.

Jezy Jez told me that I will enjoy the show as it was awesome. Well, you know me. I still did not believe her. I did not want to have high expectations and then ended up with disappointment. You know like you buy a beautiful pastry and when you eat it, it is awful. Yeah, I guess everyone did experienced that at one point of time.
​
And then when it starts… 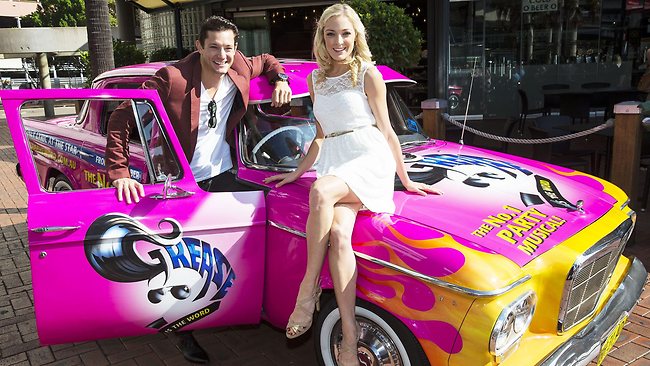 Sandy and Danny just turned the whole theater to silence. Their charming voices stole my attention right there and then. I was speechless. They literally had caught my attention.
Sandy is played by the gorgeous Gretel Scarlett, while Danny by the handsome Rob Mills. 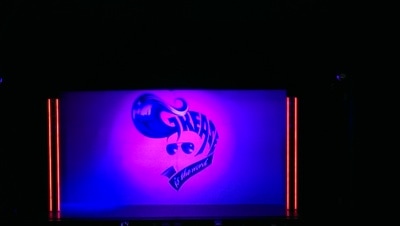 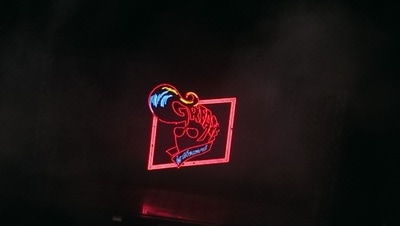 The first scene acts by the casts were a light to the intro of the musical. Then it leads to one of my favorite songs “Summer Nights”. If you are unsure on the Grease storyline, do research about it.

What had actually stole my heart and engage my emotions throughout this musical? The characters’ beautiful voices, the polished flow in the storyline, characters chemistry and definitely the upbeat songs and stereo sound impact. There were quite a lot of hilarious lines and comedic acts that will rapt your sense of humour. I did not expect this.

Sandy played by the talented Gretel Scarlett was beautiful. I was captivated and fall in love with her voice from the start of the opening musical number. If you have not heard her voice, you can check her instagram. Recently she had uploaded her video singing.

“Summer Nights” and “You are the One That I Want” are my favourite songs. I am not really sure what kind of genre these songs are but I guess since it was in the 1950s, it could be smooth rock and roll or disco. When Gretel sang “Hopelessly Devoted to You”, I was choked (in a good way of cos). She took my breathe away. I felt like it was just me there alone, held in by the surrounding darkness. I have no idea what kind of vocal type or range she has but what I know is that her beautiful stunning voice will awe you. On top of that, she is attractively stunning that you will be charmed.
Surprisingly, I ended up liking “Greased Lightning” and a song played by one of the male casts with his guitar (C,F,G,Am). Probably because those are the only chords I can play efficiently on my guitar. By the way, I could not identify the title of the song. The performances were freshly funky and it rocked the whole stage. I seldom liked this kind of loud type of songs but this seems to be an exception. I love the male casts husky voices and dance moves. Oh and that car, it totally dazzled the Grease brand.

“Beauty School Drop Out” was enjoyable too with those slight comedy,costumes and presentation which out of the blue magnetize my interest.
The other characters that I am fond of was Rizzo (should I use am or was.Cos I am still fond of her). Yeah I know she was mean but she has this character hidden in her as a reliable friend. She is a focus of my attention when she started singing “There are Worse Things I Could Do”. I tried to find out who played this character but I am not really sure. They have two actresses playing for the Australia’s musical. I have no idea who played the one in Singapore. You know sometimes a different cast will play a character at different shows. I think understudy is the word? Is it? That is what Rachel Berry always said. Rachel is the character in Glee who is extremely ambitious to be a Broadway star.

I could not really identify who played who in this musical since the stage is quite a distance from my seat. If you are interested do check it out here http://greaseistheword.com.au/cast/. I am worried to copy paste their photos here in case of copyright issues.

Oh yeah, I had the chance to ask one of the casts in this musical through Twitter, Elisha Chin. She was so friendly that she replied to me. So cool !! She said she played as Jan or Frenchy at a certain slots, and was in the Ensemble for the one which I was there.

Well, like I mentioned earlier I had to do my homework before this show. The homework I did was a minimal input like drawing a margin on my jotter book (I am using old skool words here). I have little knowledge on those movies played before I was born, so for this I read through the storyline few minutes before the musical starts, and listened to Grease soundtrack and Glee version of Grease weeks before the show. That was suggested by Jezy Jez who is literally a Grease fan.
​
However, after the show, it seems like I am more interested to know more about the production and talented casts. I guess probably is because I enjoyed the show. This is especially after the lead cast, Gretel Scarlett liked my photos and replied to my comment in her photo in Instagram. I was and am still on cloud nine!!